When SEO Works Against You

Posted by Linda Carlson on
· No Comments

Back in 2007, we had a client who needed a simple static website for her local small business. “Shelly” was thrilled with the design we created for her. The website was basic with location and service details, while the back-end was fully SEO’d.

In 2015, we caught up with Shelly to chat about her website. She told us that over the last year, she hired a SEO company who promised her the moon. Shelly was frustrated because customers were no longer coming to the website and she was looking for solutions. If only half of the promises came true, this would have been a win for Shelly and her business.

Unfortunately, not a single sale came from those services. Thousands of dollars later, Shelly fired the vendor, but that didn’t end her SEO troubles.

We took on Shelly’s website and found a lot of targeted attacks. Static websites are very vulnerable in today’s world, even though they were once the gold standard. We suspected that the site may have been hacked before the SEO vendor was brought on and the hacking simply went unnoticed, maybe ignored. The SEO vendor’s black-hat tactics just made matters worse. After 15 years of web design, I have never seen a single website buried so far under negative SEO.

“Simply put, Negative SEO is the act of using Black Hat SEO on other websites in order to get them penalized by Google. Negative SEO can also include reducing the effectiveness of a website’s SEO properties by disabling or altering them.” – SEOpressor

It was obvious why customers had stopped using Shelly’s website. Web development had changed drastically since 2007, however there hadn’t been a substantial update to Shelly’s site in almost a decade. In fact, no one from her office visited the website. Everyone assumed since they hadn’t added an update, the site was untouched.

Right off the bat, we noticed that a redirect was uploaded to the homepage of Shelly’s website. We compared the “live” website to our back-up (yes, SonFisher is serious about back-ups!) and found the odd bit of code. A SEO hacker was able to upload a simple script to the server, likely through a weak FTP password that had remained unchanged for years. Removing that file and changing passwords fixed the redirect, but it wasn’t Shelly’s only problem.

To make the most of the redirect, the SEO added this little gem to Shelly’s meta-tags:

This prevented Google and other search engines from crawling Shelly’s website beyond the index and causing traffic to disappear. To make matters worse, they removed the “description” meta-tag and alt tags, preventing her from ranking on valid keywords.

I also noticed a subtle change in the Geo.Position meta-tag. This tag is great for GPS systems, Siri directions and other location services, so we love using it to help our customers have good Localization. However, for Shelly, her Negative SEO hacker changed this tag to point to one of her competitors down the street. It may even have been the competitor who hired the the hacker in the first place, but who’s to say? Shelly had received many calls over the years from upset clients who simply couldn’t find her offices. After this fix, those complaints stopped.

Shelly had countless fake reviews. In fact she had four bad reviews for every good review we could find. These reviews were scattered across various websites, but clearly had the same source. Copy and pasted from Yelp to Google and to obscure industry websites. We reported each one as abuse, defamation or spam.  One by one, the fake reviews fell off the search engines results.

There was also an issue with landing pages created by the SEO vendor. These “doorway” pages had Shelly’s branding on them, but with the SEO’s phone number that redirected to Shelly’s office. Sound confusing? Without Shelly’s knowledge, the SEO company was placing themselves in the Google rankings (where Shelly’s website once was) to control the flow of phone calls from her potential customers. Once she fired them, they stopped redirecting her calls.

Again, she paid this “SEO” company to virtually cripple her web presence. I let their accounts manager deal with this one. After a short call, these pages slowly disappeared from Google.

How to Prevent Negative SEO

There are several things to look for if you’re worried about your website becoming the victim of SEO hacking, spam or competitor interference. 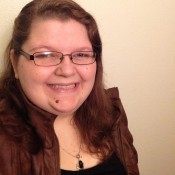 About the Author: Linda Carlson is a UX designer with a love for wire-framing, planning and CSS at SonFisher Web Studios. For over a decade, she has focused her attention on small business needs and quality web services. Her writing includes content marketing, SEO localization and brand reputation.
Categories : Security, SEO, Small Business Spotlight, Technical
Tags : domain theft, fix bad reviews, location hijacking, monitor reviews of your business, protect your website, review, search engine optimization, seo, site backups, SonFisher Web Studios, stop the hacker, strong passwords, unauthorized access, web security
← Previous
Is Your Website Working For You? Are You Sure?
Next →
Why WordPress Is A Great Choice

This website uses cookies to improve your experience while you navigate through the website. Out of these, the cookies that are categorized as necessary are stored on your browser as they are essential for the working of basic functionalities of the website. We also use third-party cookies that help us analyze and understand how you use this website. These cookies will be stored in your browser only with your consent. You also have the option to opt-out of these cookies. But opting out of some of these cookies may affect your browsing experience.
Necessary Always Enabled

Any cookies that may not be particularly necessary for the website to function and is used specifically to collect user personal data via analytics, ads, other embedded contents are termed as non-necessary cookies. It is mandatory to procure user consent prior to running these cookies on your website.