Site Security and ‘Why Can’t I Work on My Site?’ I’m sure most people reading this post have heard the saying, “there’s only so many hours in a day.” And you may be wondering how site security relates to the time management. For most, the saying points to the wise use of our 24 hours each day. You can be productive or let the time waste away.

That idea is not lost on any hacker. To a hacker trying to break into a website – your website – they will try to use as much of every available hour to get in (often using automated software at lightning speed).

A thief’s attempting to rob a bank vault may have the same idea. They would like to get into the vault when the bank is closed, no one is looking and escape without being caught. But the bank security experts have something to make that difficult. The vault has a timer that only allows the vault to open during certain times of a given day. We see the same protection at fast food restaurants and convenience stores.

The principle is sound. Lock it up for a large part of each day so no one can get inside.

Here at SonFisher Web Studios we only build WordPress websites. WordPress is an open-source framework to help you manage your website. Being open-source means that anyone can see the source code that makes it work. It also means there are thousands of volunteer programmers scrutinizing that source code for vulnerabilities and fixing them.

It’s also important to note that there is a small army of WordPress Security Plugins (many are free) to make a hacker’s life even more difficult. And one of the ways they do that is to shut-down administrative access for a block of hours out of each day (your choice) so brute force attempts to guess your password cannot happen. They cannot happen because all admin logins will fail during the shut-down hours.

So here’s the thing, when your web developer says there are certain hours in which you cannot log into the site, there’s a good and real reason. 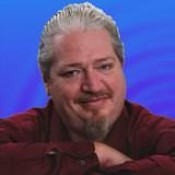 About the Author: Kerry is the lead website builder at and founder of SonFisher Web Studios in Phoenix Arizona. He enjoys having an empty nest and being married to his wonderful wife since 1976. He started out, in 1995, using a text editor to write HTML & CSS pages, in 2011 he began using Joomla, and soon defected to WordPress. If you want to grow your business, he's your guy. You can find him on LinkedIn and SonFisher.com.
Categories : Security
Tags : denied access, SonFisher Web Studios, stop the hacker, unauthorized access, web security
← Previous
Are Website Builders Killing Your Business?
Next →
Is a Multi-language Website for You? Why or Why not?